Own a piece of Alaska history. Team Ineka has acquired several of the offical Fur Rondy signs that we are making available to our fans and supporters.

These are the signs that are used in downtown Anchorage during the Fur Rondy. The signs are double sided and make of high impact plastic and feature a dog team and the Alaska flag. 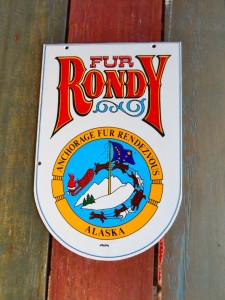 Dog sledding fan? Own your very own “Dog Team Crossing” sign and help support Team Ineka in the process! These make great gifts and can also be used as trail markers/warning signs if you are a musher as well. 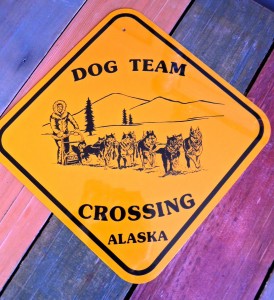 Notes: Good run. Austin followed out on the snow machine because the moose are out in force. The team started off very fast and kept up a great pace until we turned off the swamp towards Stevens Lake and they slowed down a bit. We made in back to the dog yard in good time. All the dogs were in good spirits and no injuries to report.

Dr. Robert Forto is a musher training for his first Iditarod under the Team Ineka banner and the host of the popular radio shows, Mush! You Huskies and Dog Works Radio Shows