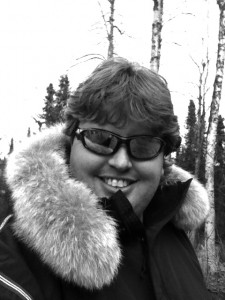 Robert Forto, 48, grew up a military kid and lived on both the east and west coasts before attending college at Portland State University in the early 1990’s studying to become a veterinarian. In the spring of 1994 his plans to become a vet quickly changed when we was introduced to Siberian Husky sled dogs and mushing in, of all places, Georgia. He was quickly hooked and over the next decade he quickly graduated college and moved to Duluth, Minnesota to “mush dogs.”

In 1999, Robert met his wife-to-be, Michele through a love of dogs and decided to move to Colorado to get married after a brief courtship and adopt her three kids; Kyle, Tyler and Nicole.

Robert introduced his new family to mushing and they formed a team of mostly rag-tag Siberians rescued from other kennels. They started racing but quickly found out that little kids in school and sled dogs didn’t mix too well.

In 2001, Robert was also dealing with a gambling addiction which he had been battling for several years as a day trader in the tech stock market. His life spiraled out of control and he was forced to deal with his past just as he was starting life with his new family.

Over the next six years, with Michele, the kids, his in-laws, his family back East and a handful of close friends by his side, Robert had to deal with the demons of his past. “Michele became my rock. She is my most ardent defender,” says, Robert. “She is the strongest woman I have ever met.”

In 2006, things had come full circle. By then Robert and Michele had opened a successful dog training center and bought a home in Colorado and the kids were doing great in school and excelling in sports. But he still dreamed of sled dogs. Over the next few years, Robert had paid back all those that were affected by his gambling and they had saved enough money to chase that mushing dream.

In March of 2010, Robert came up to Alaska to help his friend Hugh at the Iditarod start and his dream began to become a reality. By July he and his daughter, Nicole went to Alaska and they bought their new home in Willow. He let Nicole, then 12, make the decision to move to Alaska. She texted her mom who was back in Colorado, “Mom, we are moving to Alaska!”

By August Robert moved to Alaska while Michele and the kids stayed back in Colorado for a year to finish up work with their dog training clients. Robert worked for a kennel in the neighborhood for two winters and learned what he could about Alaskan mushing.

Fast forward to Christmas 2011. The family was together again in Alaska and they began building their kennel and their dream of one day running the Iditarod.

‘I know that my past will haunt me for the rest of my life, but I have done everything I can to redeem myself, ” says Robert. “All of us have skeletons in our closets, but life can only be understood backwards; but it must be lived forwards.”

The 2012-2013 racing season was one of learning, trials and tribulations for Robert and Team Ineka. While it was the first season on their own, their kennel was full of dogs that he had gotten from other mushing friends. He ran in only three races and had to scratch in one.

In the fall of 2014 Robert returned to school to pursue a second bachelors degree. This time in Health and Physical Education with a concentration in Outdoor Leadership at the University of Alaska Anchorage. In his studies he is learning the in’s and out’s of expedition planning, leadership theory and practice, and has gone on some amazing adventures including river rafting and sea kayaking.

2016-2017 was an interesting year for Robert. It was the first time in more than 20 years where Robert has a group of puppies and dogs that he has raised since puppyhood. This is the future of Team Ineka. A lot is riding on this still. He also coordinated an epic expedition with 12 of Alaska’s emerging outdoor leaders. This week-long trip combined dog mushing, snow machining, and fat tire biking in the wilds of Alaska. It is under the banner, Dreamchaser Leadership.

2018-2020 Robert retuned to grad school at Liberty University to pursue a degree in Sports Management Outdoor Adventure Sport and part of his thesis project is to plan and implement the 2020 Serum Run Trail Expedition which will be held in February and March.

Some of the races to date:

2001 Black Hills Race for the Gold

2000 Black Hills Race for the Gold