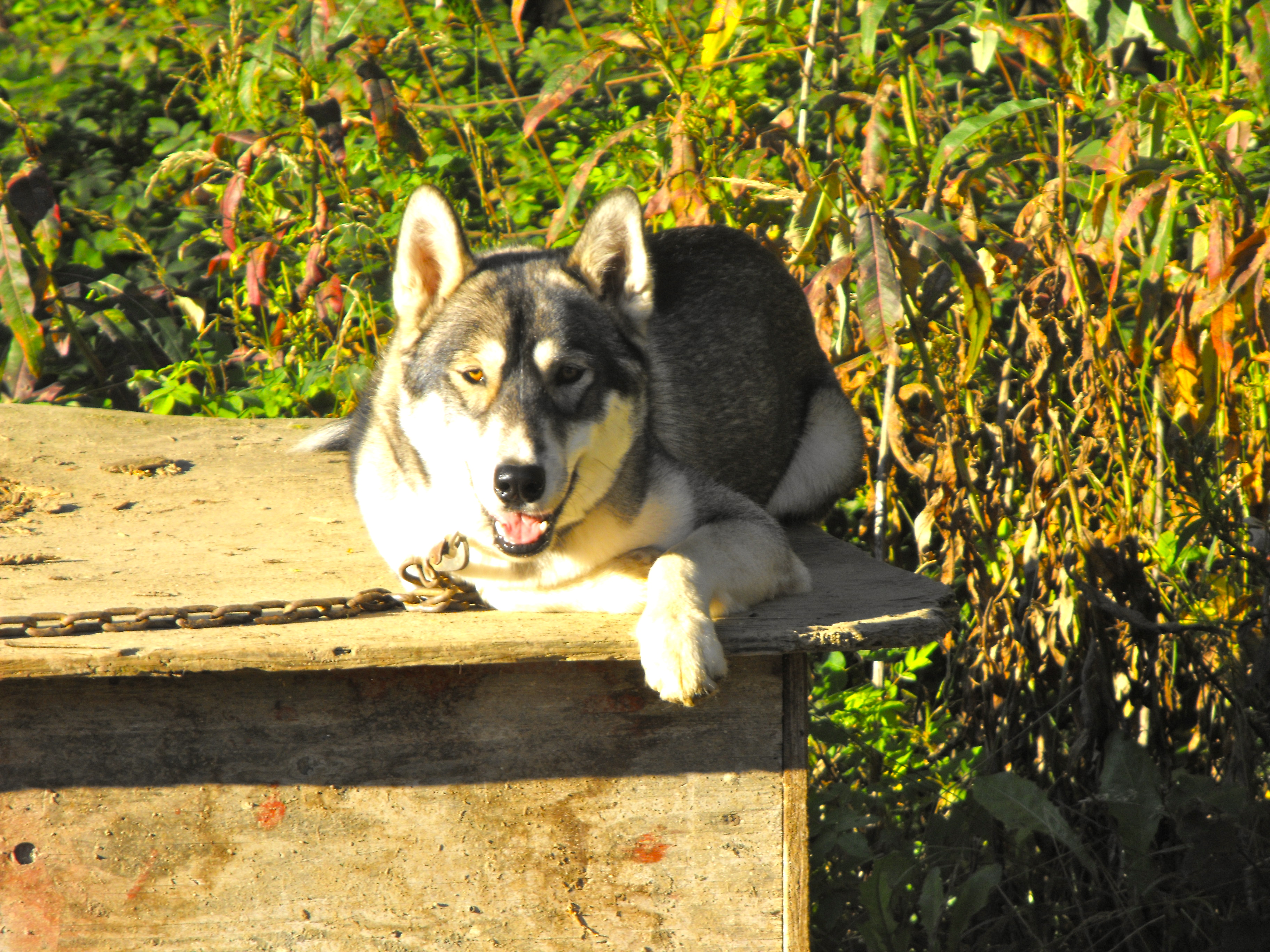 Hi my name is Raegan I am the beginning of Team Ineka.  Robert hand picked me to carry on the legacy of Ineka. I was the first one to arrive in Alaska way back in August 2011. I came from April Cox’s kennel in California.  It is with great honor that I carry this torch.  I demand respect from the others and I encourage the dogs in lead to carry-on.  Swing is a very important position if a lead dog makes a wrong turn it is my job to keep the team on trail and assist the leaders in getting on the right trail.

I sleep in the house with Robert and Ms. Michele and proudly sit on the couch.  Like my name sake, Patrick Swayze’s alter-ego character in Point Break, President Reagan I am diplomatic and cunning.

I am the star of a children’s book written by Robert and Ms. Michele called “A Musher’s Dream: Team Ineka”, I know Bodhi thinks he’s the cutest but obviously it is me.  If you would like to by a copy of the book or sponsor me on the upcoming season you can here.