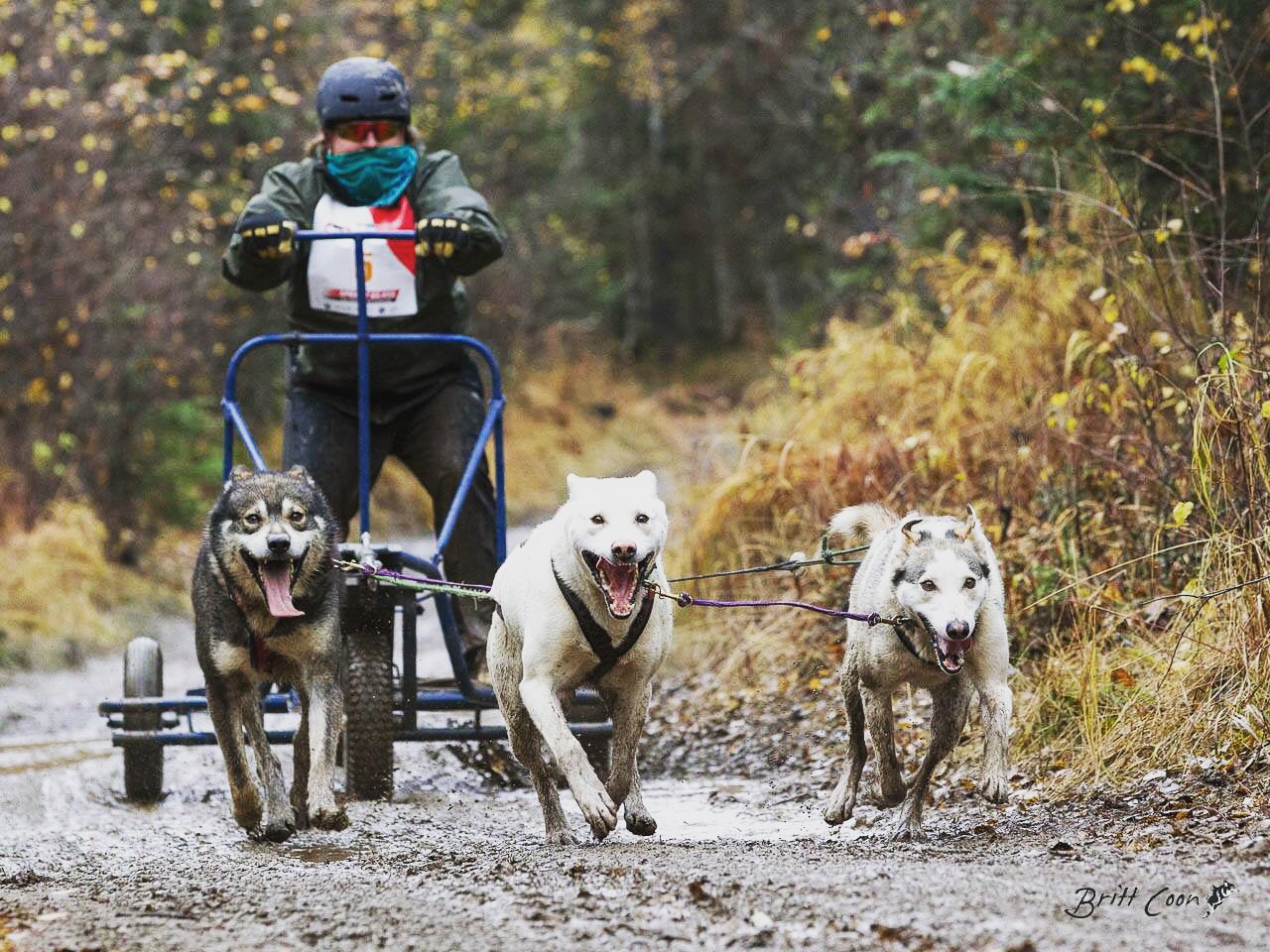 This past weekend we arrived at our first event of the year at the preliminary dryland races at Chugiak Dog Musher’s Association trails in mass! We were racing in all of the events and entered teams in nine of them.

It is a great thing to have dryland events in Alaska. If it was not for all of the hard work of Debora Summers for all of her hard work none of this would be possible. We were proud to be sponsors of the second weekend of these races, with Alaska Dog Works donating to the trophy fund.

We started training early this fall for these races. We knew going in that we wanted to try a bunch of the up-and-coming stars of the kennel in these low-key events to give them experience and build confidence on the trail and all important social skills around lots of dogs and people. In the weeks leading up to the races we ran our newest addition to the team, Mila, who arrived this summer from our friend Zoya, as well as Atreyu and Aryun the brother and sister duo from The Oracle Crew. We ran a bunch of dogs in lead including Bodhi, Burton, Aussie and others. Our friend Lacie trained hard with her pup, Boomer, in canicross down in the city.

Nicole and Lacie competed in the canicross events. They both did great! Nicole ran with her German Shepherd Qyain and Lacie with her dog, Boomer. Lacie ended up finishing in 3rd place overall.

In the biker class, Nicole and Michele ran. There was a bit of a mix up with the way that ISDRA rules were used. Unfortunately, we were only allowed to use each dog only in one event. That put a damper in our plans but we made it work!

The two-dog biker was our biggest showing! At the time of sign-ups we had four teams and 8 dogs listed in the event, but with the sudden rule changes, Robert dropped out to leave Lacie, Michele and Nicole to run.

Robert tested out the big tires of the scooter for the event. It was the first time in his life he had ever run a race with a scooter. It made for slow but good times with the sloppy, rainy and muddy conditions.

Robert ran the old Risdon-style Frank Hall made, cart that he has had for more than a decade and a half. He used to train 12 dogs at a time on this cart when he lived in Colorado with Michele chasing him in the mini-van with three little kids in tow.

The wheel-barrow style wheels didn’t work too good on the sloppy trails and Robert ended up in last place but still had a blast.

All in all we had a great time! We were so glad to be a part of the first ever ISDRA sanctioned dryland races in Alaska. We want to thank Chugiak Dog Mushers Association for all their hard work in getting this event going.

We were happy to have won some cash and prizes and thought our slow long distance dogs did pretty good against the speedy sprint dogs on the trails.

We will be back next year for sure! 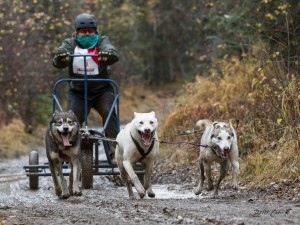 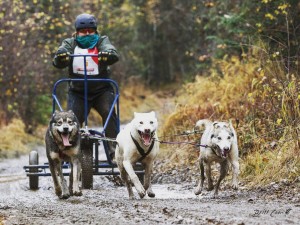 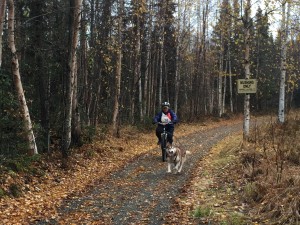 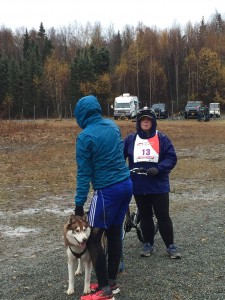 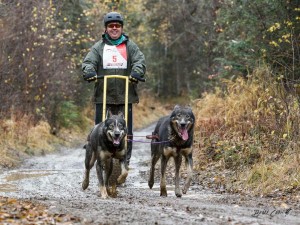 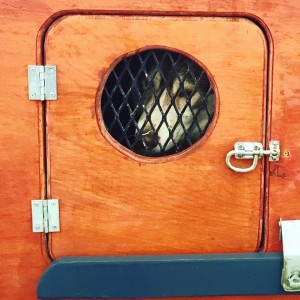 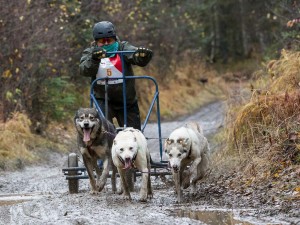 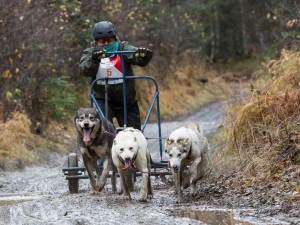 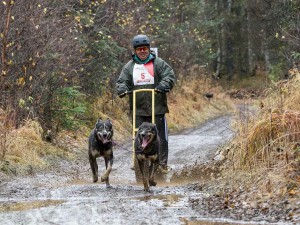 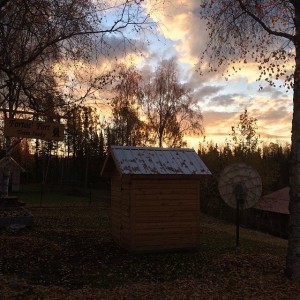 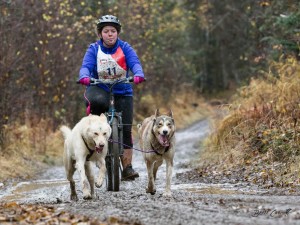 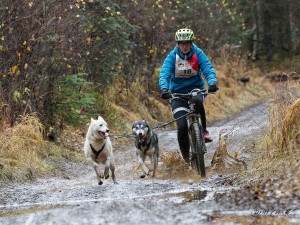 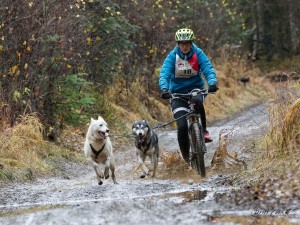 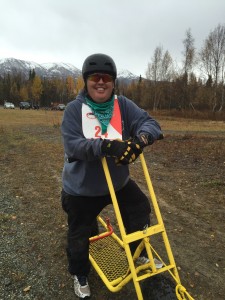