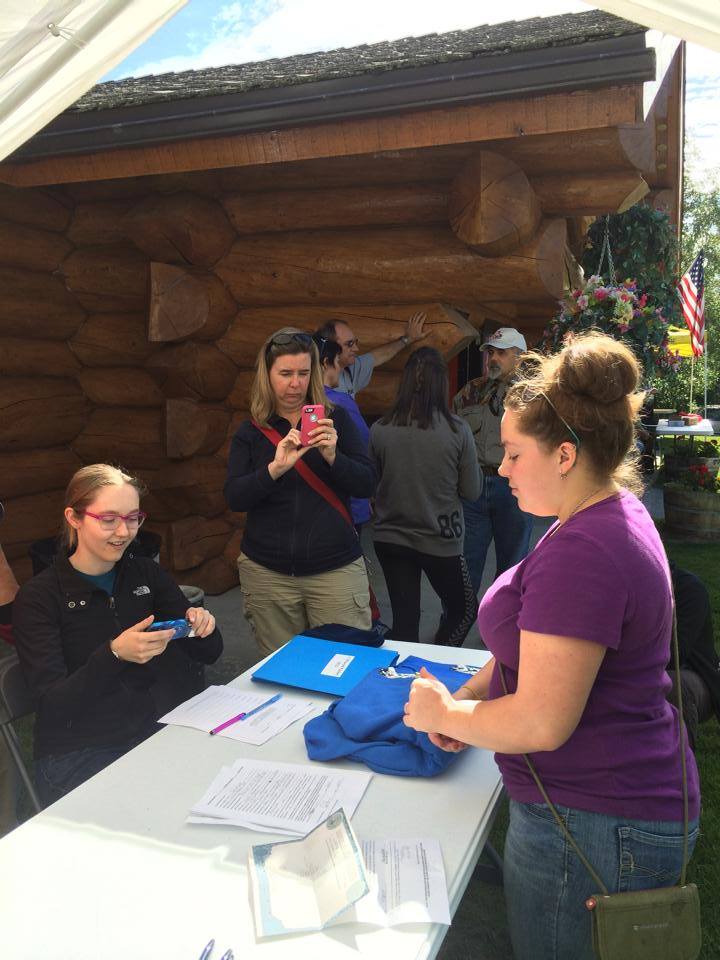 Nicole signed up for the 2015 Junior Iditarod this morning at the annual volunteer picnic and musher sign-up at the Iditarod Headquarters in Wasilla. She was the first musher to sign up for the race that takes place the last weekend of February.

The Junior Iditarod is a 150-mile race that runs along a portion of the original Iditarod trail, leaving from Knik Lake and finishing at the Willow Community Center.

Nicole ran the race last year as a rookie and was the red lantern winner. This year she will be racing for the last time as a junior and the last big race before she heads off to college at the University of Alaska-Southeast to study marine biology.

Nicole has a large pool of up-and-coming pups to choose from for this year’s race. She hopes to have last year’s leaders on her team, Aussie and Sidney.

Training starts for the dogs in late August.